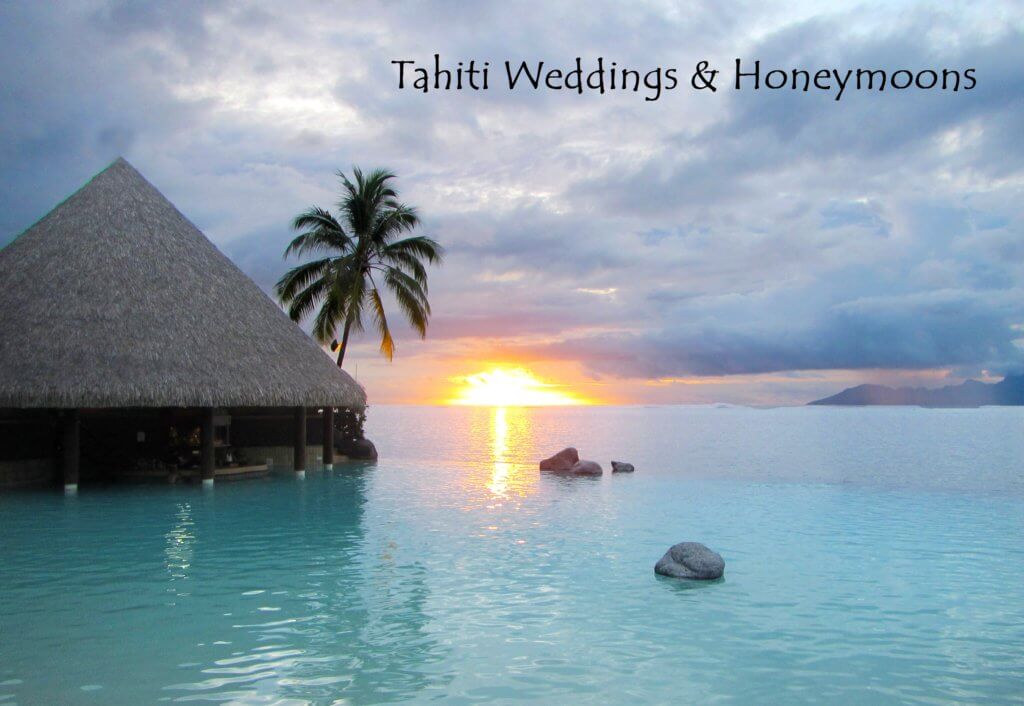 What is the Best Wedding Venue in Tahiti?

Laorana (Tahitian for hello), welcome to Tahiti!  Tahiti is the largest of a chain of South Pacific islands known as French 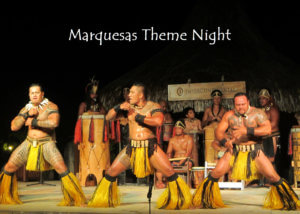 Polynesia. The country was exposed to the west by Captain James Cook in 1768 and was the site of the infamous “Mutiny on the Bounty” in 1789. During the 1800’s the island succumbed to French influence and today’s Tahitian are French citizens who speak both languages.  Modern Tahiti is known for beautiful destination weddings and honeymoons.

After a 9-hour flight from LAX, we began our journey in the capitol city of Papeete. We shuttled to the Tahiti Intercontinental resort nestled  on the Pacific. The Intercontinental is Tahiti’s best destination wedding venue.   It’s featured on the back cover of our Exotic Honeymoon Planner & Journal.

We were blessed to see two weddings during our stay. We were fortunate to have a spacious room overlooking the ocean with a view of the island of Moorea in the distance. We were a short stroll from the Infinite Pool Bar. This amazing spot was a manmade lagoon built to give the optical illusion of stretching across the ocean horizon (the secret is a cleverly placed seawall).

The feature pool was a fantasy land of waterfalls and caves and an adjacent Lagoonarium. The Lagoonarium was a man made cove fed by the sea and kept stocked with an array of dazzling fish and marine life.  Complimentary snorkeling is offered to the guests. The resort also provides free kayaking, tennis, volleyball and stand up paddleboard.  Scuba and Helmet Diving excursions can be arranged through the concierge.

All those watersports builds up an appetite. There was a daily poolside Polynesian buffet for brekkie and a sumptuous lunch complete with tropical cocktails served in a coconut. Several nights there was a themed dinner night followed by a cultural show.  One of the more entertaining was the Marquesan Dance show.  The Marquesas are a tribe of fearsome warriors from the nearby Marquesan islands, known for their exotic tattoos, cannibalism and savagery on the battlefield.  The war dances intimidated their enemies and gave us quite a taste of early island culture! 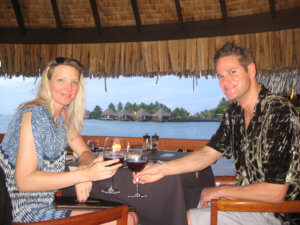 Our best meal in the resort was Le Lotus. Le Lotus is an award winning French restaurant built right over the water that looks out over the sea and the resort bungalows. The best chefs from France  fly out for a month at a time to work in the kitchen and help train the local chefs. They gave us a prime table at the water’s edge.  After a scintillating sunset, they illuminated the water below us with underwater lights to showcase a dazzling array of fish.  The lights also draw small reef sharks in close so we could watch them chase their dinner. Our dinner was magnificent – our Sommelier was straight from Paris and handpicked us an amazing red to compliment the 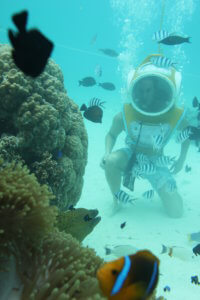 chef’s selection of local delicacies from the sea. Many of the entrées we can’t pronounce and I’m not even going to try and describe them, but this was one of the most amazing meals we’ve had! With the amazing attention to detail, ambience and originality, it’s no surprised it has already earned 3 Michelin Stars.  It’s undeniably one of the best wedding reception venues in Tahiti.

Our final night in Tahiti we took a scenic ride up the mountain to a quaint restaurant at the top called Le Belvedere.  Le Belvedere was a must see experience – the food is good but the sunset from 2,000 feet above the island is delightful. The restaurant only seats about 16, so make reservations in advance with the Concierge and they’ll pick you up and return you to your hotel (it’s about a 45 minute drive  up the mountain).

The next day we explored the vibrant markets of downtown Papeete before boarding our cruise to Hawaii. Tahiti is renowned for the world’s premier vanilla and we stashed a pint of Vanilla Rum for the journey. The Cruise from French Polynesia back to US waters takes about 5 days and crosses over the Equator. An exciting way to see a very remote part of the world – no other ships, nothing to see but sea. It was hard to say Nana (Goodbye) Tahiti, you truly are one of the best wedding venues on the planet!

You may share and print the images that we send to you.
Rox retains the copyright to the images.
We may use a few  in our marketing materials.

If you don’t want any images published,
please let us know in writing prior to your wedding.

The last day to cancel is 30 days prior to your wedding.
Payments made within 30 days of  your wedding are not refundable.

A single postponement is allowed.
Your final balance must be paid to enact the postponement.
Postponement requests must be received  30 days before your wedding.

During our 16 years of weddings,
we’re blessed no major accidents or equipment failures have occurred.

In the unlikely event of an accident or equipment failure,
our total liability is limited to the dollar amount paid to Rox by the client